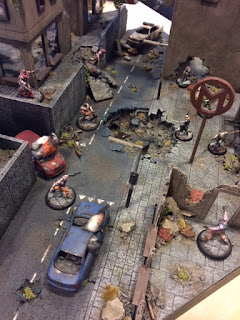 Last weekend was the 3rd edition of Poldercon. The first two years I organised a Bolt Action Demo there and that was a lot of fun. (you can have a look at the video here)You get a lot of players to your demo table that are interested in playing the game and you get to go through the game mechanics and rules for 1,5 hours. At the end the players will have a good grasp of the game.

This year I planned on doing the Bolt Action demo again but only a month in advance my employer organised a weekend activity for the whole company. Exactly in the Poldercon weekend…. I was gutted I couldn’t go myself and meet up with the Poldercon crew again but I was able to get two club members from my gaming group to organise the Bolt Action demo for me. One of them already helped me last year so he knew what to expect.

I did manage to make a very quick visit though. I took a small detour on the way home and had half an hour at the show to look around, shake some hands and talk to some people. If you were there and you didn’t see me I’m very sorry.

The tables looked stunning as ever and there were a few that really stood out. Another thing worth mentioning was the Imaginative miniatures stand. These guys have build up there wargaming store from the ground up and it looked really professional this year, well done. Unfortunately I didn’t bring any money so I didn’t buy anything.

Hopefully I’ll be able to make it again next year.
Enjoy the pictures! 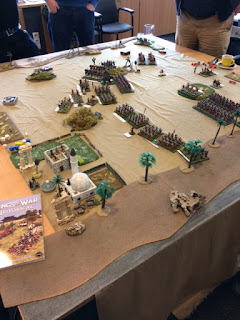 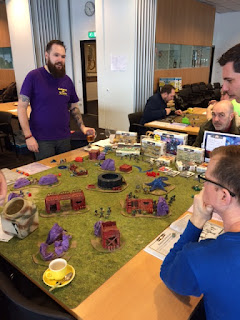 Emiel Scheier provided a "Gates of Antares" Demo. I didn't get a look at the miniatures unfortunately. GoA isn't really my cup of tea but this table looked like a lot of fun. Emiel knows how to organise a good game and the table looked great. The purple Styrofoam and bright blue painted starfish made it look like a real alien planet. 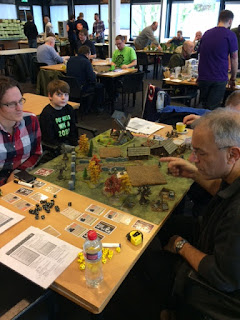 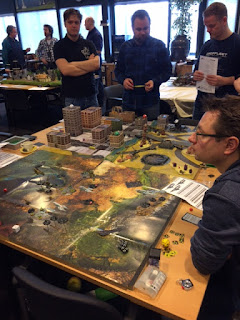 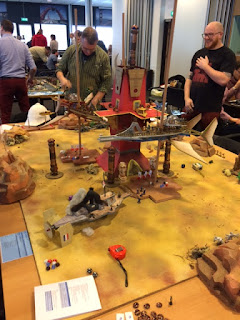 This was Jan Willem van der Pijl's table. It had a massive tower in the middle and some funky spaceships floating around it. From what I got in the short time I was there was that an evil dictator took hold of the planet's Atmosphere factory and threatened to shut it down killing everyone on the planet. 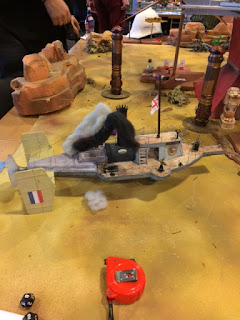 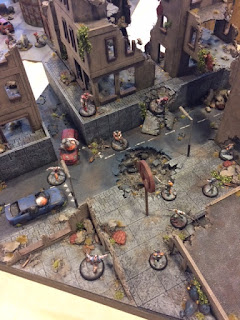 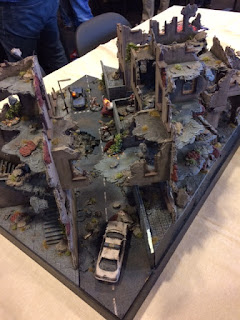 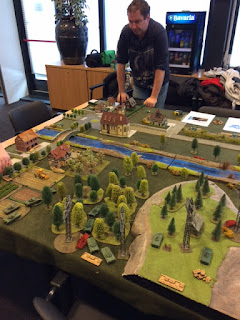 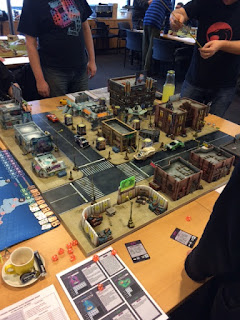 This was a beautiful Infinity table. I don't know who was running it but it looked really great. The fantastic terrain and scenery really makes it come to life. The little details like "Mexico will pay" had me laughing. 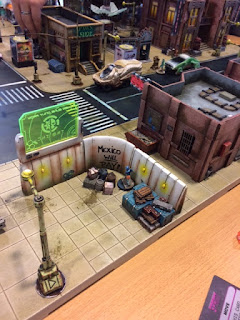 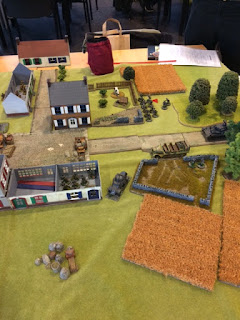 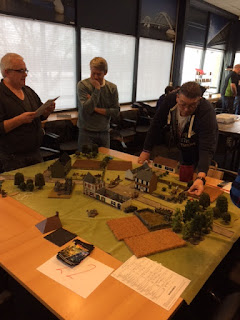 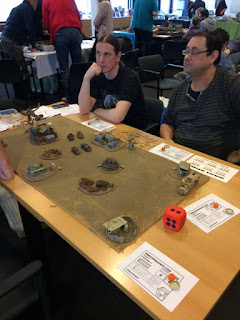 A fellow blogger, Johan van Ooij from the "20mm and then some" blog was there as well with a cool looking game. I don't know exactly what it was but I think one day I will turn some old toy cars in these cool looking death machines. 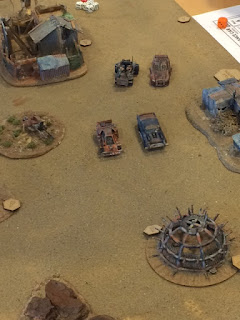 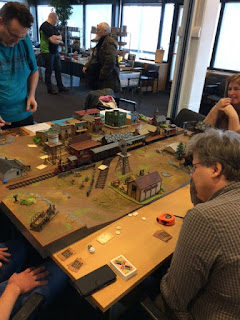 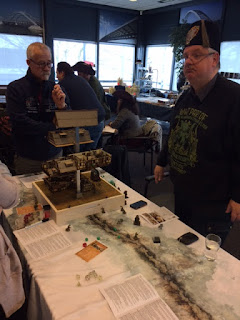 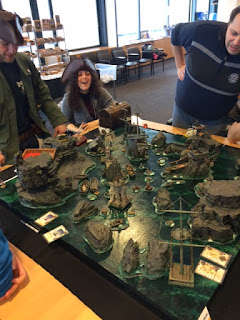