After pumping out the 40K Grey Knight Army I was ready for something new and fresh. I have always been interested in WWII History and this summer I picked up the rules for a relative new WW2 skirmish game called Bolt Action by Warlord games. I really like the rules and I have picked up a starter army to get things going. I picked the British army because they are a bit of a middle of the road and all round army. They can be fielded in numerous ways and I like the general look of the models. 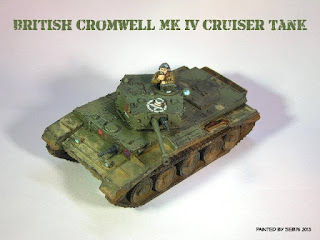 I started on the first model and why not pick a characteristic tank like the British Cromwell tank for a first model. I airbrushed the tank using the modulation technique. I have used the oil wash technique for the first time which I really liked but you have to be more patient than with normal washes because it takes a long time to dry. Another new thing was the Vallejo pigments to create a muddy/dusty effect.

Here’s how it turned out. 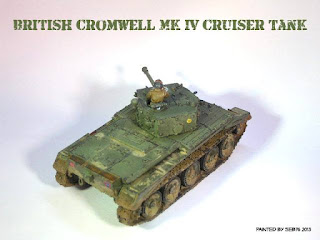 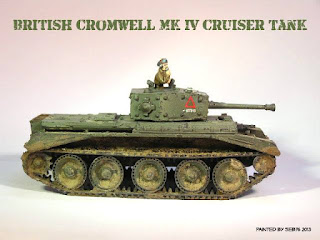