It's been almost a month now that we have been playing 6th edition. Most of us have got a few games under their belt and where we were looking up rules a lot in the beginning we are now getting comfortable with them and games run much smoother.

However there are a couple of things I keep forgetting to use in my games and I was wondering if this was the same for you guys. Basically I'm looking for those obscure things that might give you the edge on the battlefield. There might be rules that I'm not even aware of because if you keep playing within the same group of guys all the time you get used to the same set of rules and they become the new "House rules".

Here's a couple of things I keep forgetting:

#1: Challenging.
I know a lot of people do this or try to find ways to use this ability as part of their strategy but I keep forgetting to do it. I guess I have to write it in capitals above my own army list or something.

#2: Precision shot.
Your character is able to shoot with precision if he rolls 6's. I just roll all the dice at the same time and forget to roll separately or with different coloured dice. If your character gets the precision shot you get to allocate the wound(s) and the target doesn't need to be in the front. Work a bit like the sniper rule.This could be useful, if only i would remember it in time.

#3: Precision Strike.
This works the same as the precision strike mentioned above but then in close combat. Again this would be useful if you're not in a challenge and you want to take out the special weapon guys or something.

#4: Vehicle blows up strength 4 hits
It's only a minor change from 5th edition but I keep rolling for Strength 3 hits instead of Strength 4. I guess if both me and my opponent keep doing this there's not really an edge but it's simply not according the rules.

What are the rules that you keep forgetting? let me know in the comments plz.

My favourite HQ choice at the moment is a weirdboy or better a Warp'ead. I like the unpredictable nature of this character and although I have taken unlucky wound from time to time or killed some of my own boyz when using it's psychic powers I still think the Warp'ead rocks. The ability to deepstrike the whole unit he is in (usually 30 shoota boyz) behind enemy lines is just lovely. Because of wound allocation rules I like to deepstrike behind my enemy's units and usually the juicy targets are at the back which is then the front (insert evil laugh). But also his two shooting attacks are nothing to be sniffed at. Because I pay the 35 extra points I get to re-roll the effects on the psychic table and you usually end up with something useful. The top result I try to aim for is a Waaagh! when my Dakkajet is on the table and I get to double the amount of twin linked Supa Shoota shots. 18 strength 6 shots that re-roll to hit is a real pain in the a*# for any unit because it can glance, pen or rip though infantry models.

The model itself was fun to paint. Nothing special though but I liked the open brain and glowing eye. I guess my opponents will see his glowing eye of terror a lot in 6th edition. I like the unit so much that I'm actually scratchbuilding a second weirdboy so I can field 2 weirdboys for those extra cheese kind of games.

Just a quick post showing off the Big Mek with KFF I recently finished. I used this model a lot in 5th edition but I just never go round to painting it up. He's been fielded in his chaos black undercoat for over a year but now he can strut his stuff with pride on the battlefield.

I'm not sure what kind of list I will mostly use in 6th edition but I usually switch tactics between every few games just to mix it up a bit so I'm sure he will be used, (unlike some other models I have in my cabinet). My current HQ favourite is the Weirdboy or Warp'ead even. He's in black undercoat as well but I have put him on my desk for a quick paint job and I'm even making another one by putting spare bitz together. 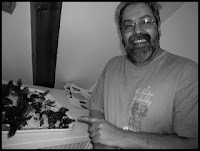 Yesterday is was put to my attention that Bruno Grelier had passed away last week. Sad news! Bruno was an enormously talented miniature painter. If you are not familiar with his work you can have a look at the links in this post. Fortunately for us Bruno has a lot of his work online.


A man that will be missed not only by his family but also by our own community. 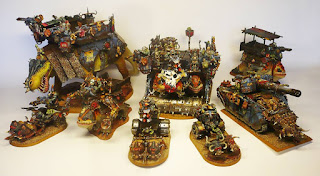 As a painter and member of the frenchWaaagh.org he has spoilt us with countless of well painted Orks. His quirky and fun conversions always made me wonder how he did it all. He made use of all that he could find to come up with the most awesome models ever. It's no surprise he has won a lot of Golden Demons over the years. 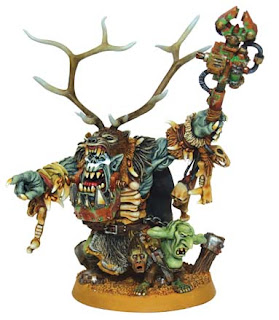 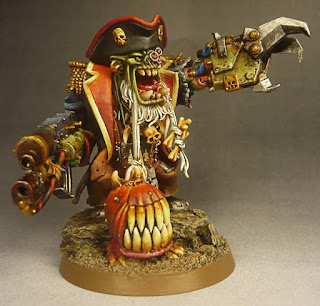 For me personally Bruno was a great inspiration and I have looked at his Orks for many hours.Always coming up with something new and with an extremely high standard paint job was what set him apart from other painters. 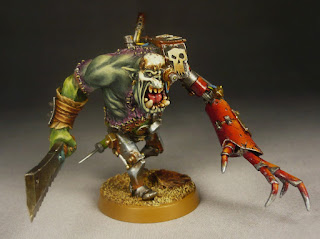 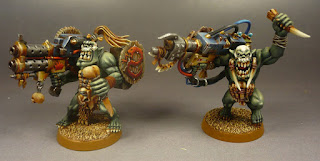 Bruno didn't just paint Orks, i think he painted everything he liked or could get his hands on. here are some great examples of that. 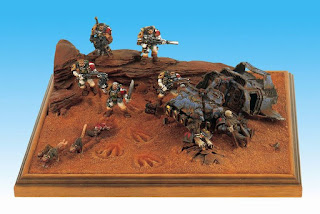 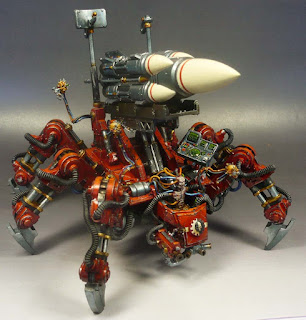 Bruno's personal Gallery  You must visit this!
Golden demons
FrenchWaaagh!

Bruno RIP, thank you for giving us inspiration and countless fantastic models to look at.
My thoughts go out to the family.